Reasons to let your child Study Abroad As early as possible

Taiwan is not an English Speaking Country. In today’s society, if you don’t have a bilingual ability, you will be at a disadvantage when it comes to applying for university or even a job in the future. It is recommended for parents to arrange their children to go abroad as early as possible because even in Middle school, the child’s Chinese Language  is already very good. Entering the English speaking environment during this period will not affect the children’s Chinese proficiency. At the same time, they can learn English and build their English foundation earlier. We all know that non -native English speaking countries want to use English fluently, especially the spoken English. It is best to start learning from an early age because it will be more difficult to catch up or start learning when you get older.

In addition, when children are relatively young, they will not have any problems in adapting to the environment, and they will soon be able to integrate into the new environment and make new friends. Relatively speaking, older children will take a longer time to adapt .

Why Study In Singapore?

Singapore is a big family that integrates many ethnic groups. The main ethnic groups are Chinese, Malays, and Indians. These cultural fusion scenes can be seen everywhere in Singapore. For example, people of all ethnic groups will celebrate the Chinese New Year (Lunar New Year) together. The Non-Chinese bus driver can speak fluent Chinese, Chinese families go to Indian restaurants to meet and eat, etc. Therefore, it is safe to say that every Singaporean will come to know and understand people from different backgrounds and culture to an extend one way or another.

Singaporean students have also been taught the importance of national integration, understanding their own national culture, and respecting different national cultures. Children who grow up in this environment will be better able to respect people and have a more international outlook. 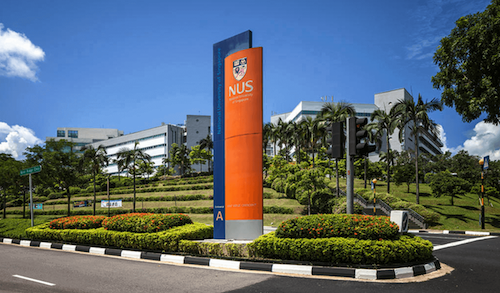 The National University of Singapore and Nanyang Technological University are ranked first and second in Asia, ranking 11 and 13 respectively in the world. For a country as small as Singapore, the level of higher education far exceeds that of other Asian countries.

These schools are not only Asia’s top higher education, Singapore also attaches great importance to low-age education. Regardless of the local school system or the international school system, students in Singapore schools have excellent results. For example, in the IB test scores of international students Worldwide, half of the students who get full marks are from Singapore. Among the top 50 schools with the best IB scores in the world, Singapore has ten schools! If children study in Singapore, they can get a very high level of educational resources.

Singapore’s safety index has always been among the best in the world, and its crime index is the lowest in the world. In addition to its citizens’ law-abiding and high education level, it is also because of Singapore’s political stability, national construction plans , and Singaporean citizens’ satisfaction with the government., The natural crime rate is low.

In addition, compared with the previous major countries studying abroad (British and American, etc.), the epidemic in Singapore is well controlled. The spread of the epidemic has been controlled in a short period of time, and the normal life of the people has been restored. This also represents the execution and decision-making of the Singapore government. Very reliable.

In the past two or three years, many multinational companies (SONY, DYSON, FACEBOOK, GOOGLE, Microsoft, APPLE, etc.) have set up their Asian headquarters in Singapore. They also took a fancy to Singapore’s low tax rate and stable national situation for long-term business development. A country that is very safe and socially stable like Singapore is very suitable for young children to study abroad. It is not easy to learn badly and can develop good personalities.

Singapore as compared to it's European countries

Public schools are very rigorous when it comes to their education and courses, the schools advocate elite education, and require high English proficiency, similar to the “star schools” in Taiwan.

The quality of teaching in private schools is relatively good. Schools such as  Sanyu Primary /Secondary School and St. Francis School have their own entrance tests. After graduation, students can take the Singapore National Examination O-Level A-Level and continue to study in Singapore, or This result goes to study abroad.

International schools provides IB courses in the British department, as well as AP courses in the American department. Not only are the teachers good, the school’s hardware facilities and campus environment are first-class, and students can enjoy the top educational environment.